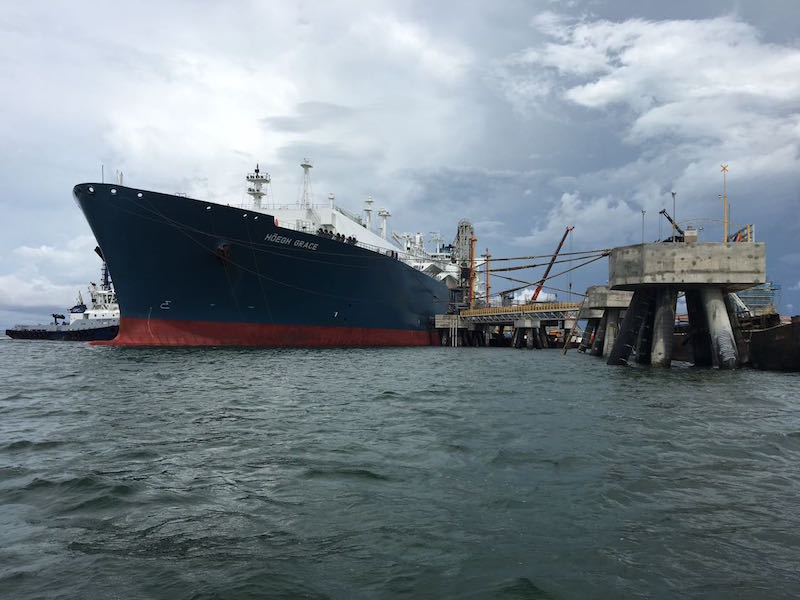 Its been less than a month of its startup, and thanks to a highly qualified group, the 1st LGN (Liquified Natural Gas) regasification plant reached its máximum flow. 400 million (MMSCD) cubic feet daily, to supply the demand of the precious product.

The port terminal was built by Sacyr, the spanish multinational. The investment was around US$140 millions. This shall generate 17.500 gigawatts per hour for the year, which would represent almost 27% of the energy consumed by the country.

The regasification is dependant on the main thermoelectric generators from the caribbean coast. Among which are Tebsa, Termocandelaria and Zona Franca Celsia. This avoids the overdimension of operational efforts.

It is important to highlight the spanish multinational’s experience; Sacyr, leader in infrastructure and services. With presence in 29 contries, their portfolio includes the latest set of locks of the Panama Canal, the Pumarejo bridge in Barranquilla (under construction), a series of highways in Spain, among others.

It has been an honor for Industrial Consulting Group to be a part of this ambitious Project. Thanks to the opportunity and trust from Sacyr. ICG succesfully overcame the challenge of commisioning and start up in record time. This would be the 1st FSRU (Floating Storage Regasification Unit) in Colombia.

ICG managed to gather the talent pool that ensured the reach of máximum flow of LNG in a short period of time. A project manager, a delivery coordinator and a document management specialist were among the profiles. Other specialists, were also part of the team, Firstly, those from the mechanical and electrical field; Secondly, measurement and control and thirdly,16 professionals from operations.

The port terminal was built in 16 months, inside the estimated timeline. The SPEC (El Cayao Port Society) has a port with a floating storage and regasification unit (The Höeg Grace), a 760mts long dock and a 10km gasoduct that connects the terminal to the National Transportation System.